Professionals of Lithuanian Agricultural Advisory Services have made cows shed feeding test in Mr. Irmantas Dikavičiaus farm in Radviliskis district, Lithuania. Dry brewer’s yeast influence on cow health, milk yield, milk composition and quality, dry brewer’s yeast economic efficiency was estimated during the period of study. In addition, the influence of yeast on calves and the occurrence of health, the course of parturition, and postnatal condition of cows were also estimated. Optimal rate of dry brewer’s yeast was determined for all lactating cows. 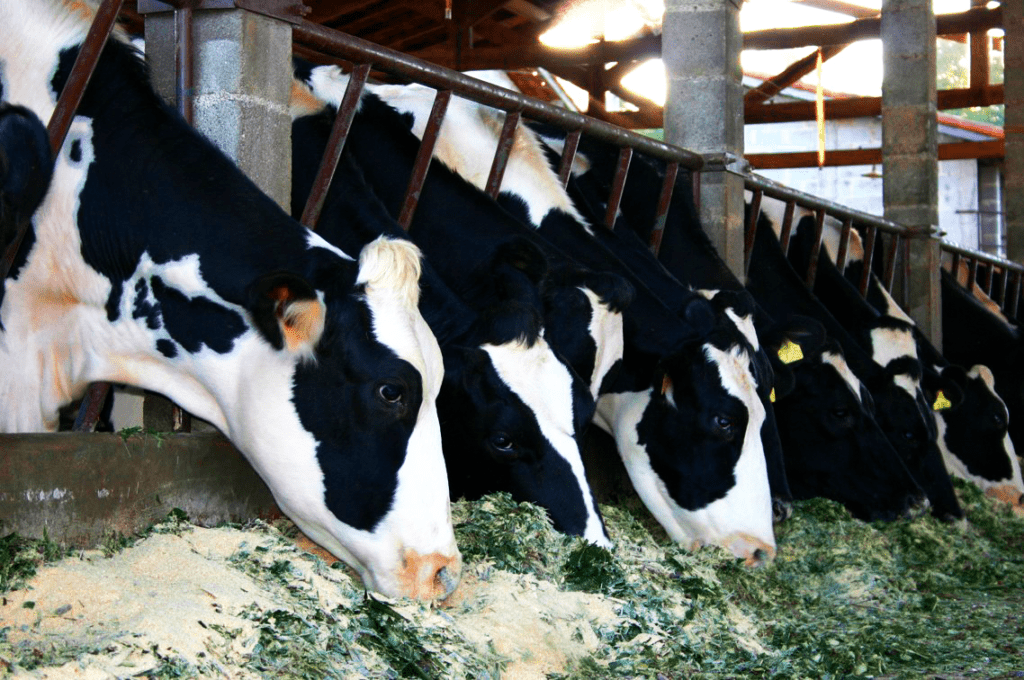 The study was carried up to 5 different groups of cows during lactation:

The weight of all group cows, evaluation of their fattening, limb condition and general health was evaluated at the beginning and end of the experiment. During all experiment cows’ appetite, fattening, parturition and postnatal stages condition, intensity of fertility were observed. Milk yield, milk composition and quality indicators were determined during 7 control cows’ milking. Milk yield was determined on the farm, and milk composition and quality indicators in state-owned enterprise “Pieno tyrimai”.

The weight of cows.

During the test period, cow weight, compared with control, increased by 1-3%.

Structure of milk and quality indicators.

During the test period urea in all groups of cows’ milk was normal.

There were no veterinary expenses for experimental groups of cows. 2 cows from the control group were led afterbirths, and then both had mastitis. Their calves had diarrhea problems. More than 145 Eur were spent for veterinary treatment.

The usage of dry brewer’s yeast for cows

About Us
Brewer's yeast for people
Order
Support
Contacts